One of the most harrowing aspects of the Coronavirus pandemic is the huge toll Covid-19 took on nursing home residents. By late April 2021, the New York Times reported that at least 182,000 deaths in nursing homes were linked to the virus – over a third of all Covid-19 deaths in the United States. Failures – on multiple levels – have been cited as leading to this human tragedy. But for some observers, including Human Rights Watch, this was both preventable and predictable. The pandemic simply shone a spotlight on a system that was failing vulnerable people before the virus outbreak. Abuse, neglect and chronic staff shortages are cited among top reasons for the huge number of excess nursing home deaths and injuries – both physical and psychological –in recent years.

Human Rights Watch has raised concerns about American nursing homes, and it has called for government authorities to “investigate the situation and ensure accountability for abuse.” Concerns include: “extreme weight loss, dehydration, untreated bedsores, inadequate hygiene, mental and physical decline, and inappropriate use of psychotropic medications among nursing home residents.” Estimates vary – ranging from 7,000 to 20,000 per year – on the number of elder abuse cases reported in nursing homes in the United States. But major observers, including the CDC and WHO, agree that elder abuse statistics in nursing homes are badly underreported, with the true figures said to be much, much higher.

If you have concerns over nursing home abuse of a loved one, we urge you to contact an expert nursing home abuse lawyer to get justice and compensation. There is a growing consensus that what is happening to our elderly is a national scandal. Deciding a family member should enter a nursing home is momentous, and it can take a toll – emotionally and financially – on both the resident and members of the family. It seems reasonable to expect professional, compassionate, attentive care. As US citizens, the elderly is protected by law from abuse, neglect and mistreatment. When mistreatment, neglect or abuse are suspected, specialist elder abuse law firms can secure justice for your loved ones.

The National Council on Ageing (NCOA) reports that around five million cases of elderly abuse are reported each year, and it points to “staff at nursing homes, assisted living, and other facilities” among the perpetrators. Worryingly, the NCOA also cites a study that just one in 24 elder abuse cases is reported. It is a silent tragedy, a scandal that mainstream media is slowly waking up to. There are around 1.25 million nursing home residents in the US, and it’s clear many are suffering abuse and neglect. If you have concerns, nursing abuse law firms have expert attorneys that understand what is considered a specialist area of the law.

Many news outlets are reporting that nursing home companies are countering lawsuits through Trump-era protections. The former President and Congress amended the PREP Act, which afforded legal protections to nursing homes from liability during the pandemic. There is much confusion and even misreporting of this in the media. But it should be made clear: The PREP Act does not apply in cases of injury or death over “willful misconduct.” Moreover, Reuters reports, “no judge has yet adopted the nursing homes’ view of the law.” 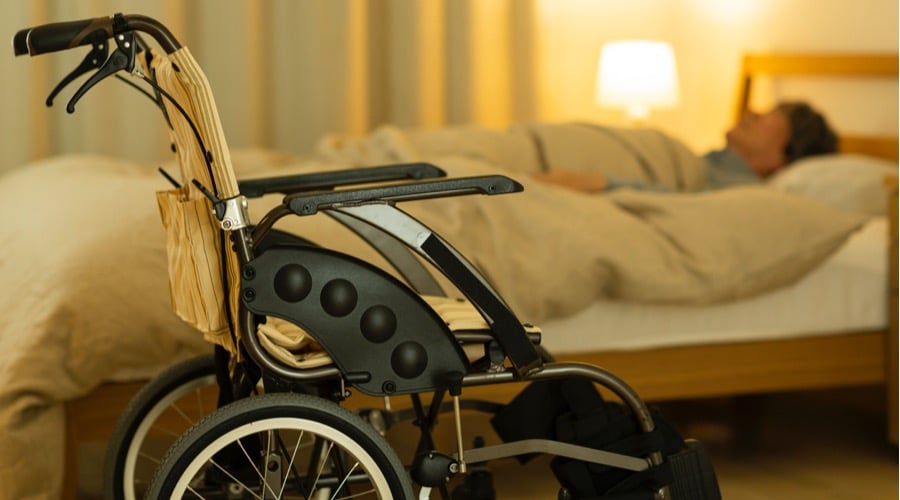 A variety of factors can lead to nursing home abuse, and it’s worth remembering that the signs may be hard to detect. However, the NCOA breaks down the signs of elder abuse into three distinct categories: Physical, Emotional/Behavioral and Financial.

Physical signs of elder abuse could include bruises, weight loss, cuts, dehydration, and other injuries. You should also keep a check on the sanitary condition of the nursing home resident, as poor hygiene is considered a warning sign of nursing home neglect and abuse.

Behavioral signs of nursing home abuse can be more difficult to detect than physical injury. Watch out for sudden changes in alertness, mood, isolation, and withdrawal from activities. Arguments and strained relationships could also point to emotional abuse, and changes in sleep patterns can appear when residents are under physical or mental abuse.

Financial signs of abuse may be reflected in the non-payment of bills, the transfer of money from bank accounts to other accounts, strange spending patterns and the sudden changing of a will.

Some states – Louisiana, Kentucky, Tennessee – only have a one-year statute of limitations on nursing home abuse cases. This means you have a year from the date of the incident or injury to begin legal proceedings. However, we would stress that even if you believe you have passed the statute of limitations, it is still wise to speak to a nursing home injury lawyer. Often, abuse is an ongoing situation, and it may not be limited to a single incident, perhaps extending the time limits.

Types of Abuse in Nursing Homes

As we mentioned earlier, there is a broad consensus that all types of nursing home abuse – physical, emotional, sexual, financial and negligence – are underreported. So, official abuse statistics for nursing homes in America are likely to only tell some of the story. Indeed, as stated by the National Center on Elder Abuse, “Unfortunately, we simply do not know for certain how many people are suffering from elder abuse and neglect.” Nevertheless, the latest statistics still point to a broken system, one that is failing America’s elderly and most vulnerable.

If you think a nursing home resident is in immediate danger or a medical emergency due to abuse, you should call 911.

For reporting abuse, there are four main avenues you can explore:

Are nursing homes liable for falls?

Falls among the elderly or infirmed happen frequently, and not all instances would warrant a nursing home fall lawsuit. However, many falls occur for reasons of negligence on the part of the staff or nursing home company, and that makes the nursing home liable. In addition, nursing homes must provide adequate aftercare once a fall has occurred, which can include 72-hours of monitoring. If the nursing home fails to carry out this duty, you might consider filing a nursing home neglect lawsuit.

How do I file a claim against a nursing home?

There is a unique legal apparatus around nursing homes, so you should only contact a law firm that has experience in nursing home legal cases.

How do you prove nursing negligence?

This can be difficult, particularly as some nursing home residents may find it hard to understand, describe and talk about the abuse with a loved one. If it is possible, document as much evidence as you can, including photos of injuries, a record of dates and testaments from the victim.

How long does it take to settle a nursing home lawsuit?

How much can you sue a nursing home for negligence?

Again, every case is different. However, some estimates put the average payout figure at $406,000 for successful nursing home abuse lawsuits. But this number could run into several million dollars for serious injury or wrongful death, and it could be much lower for less serious injuries.

What is an example of negligence in nursing?

There are many different examples of nursing home negligence. But a simple example might be a resident suffering a fall, followed by the failure of the nursing home to treat and monitor any injuries.

What is the longest statute of limitations?

By clicking the Submit button, I consent to being contacted by Select Justice, LLC, AAL Media, LLC, LeadClient, Inc. or a law firm at the number I provided. I also consent to receiving advertisements and telemarketing messages by text message or pre-recorded call, either of which may be dialed by an autodialer. I acknowledge that my consent is not required for purchase, that standard message and data rates apply, and that clicking Submit constitutes my electronic signature for my consent to being contacted and my agreement to the Terms and Conditions.

Submitting this form and the information contained therein does not establish an attorney client relationship. The information submitted may be reviewed by more than one attorney and/or law firm. By submitting this form, you understand any information received in response to this questionnaire is general information for which there will be no charge. You further acknowledge that the law for each state may vary, and therefore, you will not rely upon this information as legal advice. Since this matter may require advice regarding your home state, local counsel may be contacted for referral of this matter. By clicking Submit, you acknowledge that the information viewed is advertising and you agree to receive future advertisements from Select Justice, LLC and/or its partners.